Author and consultant Chester Elton remains a big supporter of recognition, but believes it is of little value unless it supports a clear culture, mission, vision, values and organizational objectives. He says the new focus on people coming from investors, talented employees and consumers will accelerate the focus on a strategic approach to people and potentially transform the traditional recognition business. You can sample his company’s training and certification program at Engagement World, May 8, in Galveston.

A Focus on the Team
Want to See Faster Results? You Might Need to Change the CEO
Focus on People Will Accelerate
The Opportunity for a New Business Model for Recognition


While Chester Elton was one of the early recognition leaders to break into the business mainstream with his first book, The Carrot Principle, his latest book with Adrian Gostick, The Best Team Wins, barely mentions recognition. 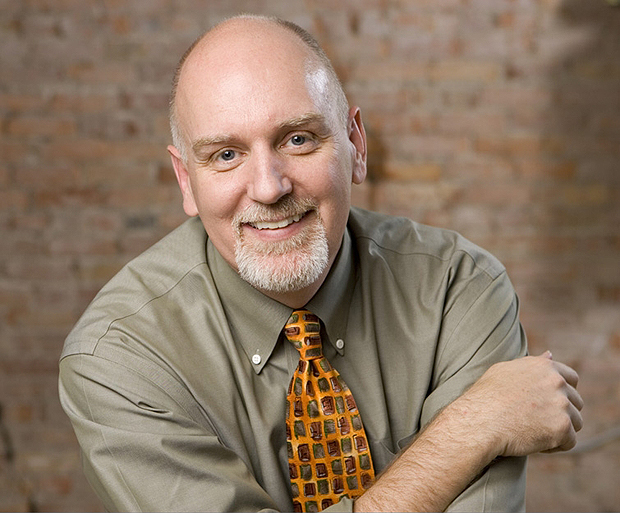 Elton explains: “As you know, we started in recognition and saw some great results. We saw that when people felt valued and engaged, good things happened. It soon became clear that if you didn’t get the culture right, it won’t work. It became very clear that organizations with good cultures, with the right people doing the right jobs and who felt passionate about their work, led us to recognize that this is where the rubber hits the road: teams must deliver the organizational promises. We never found a great culture or a great team that didn’t celebrate successes along the way, but if you look at a business as the face of a clock, culture is at 12, the right people are at 3, teams are at 6 and recognition—how you communicate, reinforce the mission, vision and values—is at 9. It became clear to us that teams had to be our next focus.”

A Focus on the Team

Their new book focuses primarily on how to connect an organization’s culture, mission, vision and values to the right people, doing the right job and functioning well in teams. With the majority of people working collaboratively in teams and increasingly in open floor plans, the need for team cohesion is critical, the authors believe. Rather than focusing on recognition in their latest book and in their Culture Works learning and certification program, Elton and Gostick have set out to build a scalable platform to help organizations build and sustain culture, leadership and training into their daily life and the work of teams. This is accomplished, Elton asserts, through the clear definition of a culture, mission, vision, values, and organizational objectives, as well as the systematic communication of that vision and what people can do to live it in their daily work lives. “I do believe there is an important place for recognition,” he says, “but the emphasis is out of balance. The emphasis should be on inspiring people to do the right things for the right reasons.”
Organizations can sample the Culture Works “All in Culture” Training program at Engagement World, May 8, in Galveston, an hour south of Houston. Click here for more information. The program is specifically designed to train management and front-line managers in a process they can use on an ongoing basis to connect their teams to organizational goals and to act in such a way that supports goals, objectives and values.
Based on a continually growing aggregated online assessment database, Culture Works is designed to provide organizations with a platform they can use to define their culture and ensure that it is lived throughout the organization on an ongoing basis. The process says Elton, has to be flexible and adjustable along the way to support changing circumstances. “The big question is, how to measure the results? Well, if you begin to see that your employee engagement surveys are generating better responses, that turnover is going down, that customer satisfaction scores and sales are going up, you can begin to see the bottom-line impact.”
Elton admits that despite 20 years of his own work and that of many others on the issue of people, “Not very many companies fully understand the importance of culture yet, but more and more are getting it. Culture is a differentiator. We see now that even large investment banks are looking at how well cultures mix when looking at a merger or acquisition. Most mergers fail because of a clash of culture. Once you get investors looking at it, it shines light on the subject.”
He also believes that the war for talent is becoming a big driver. “It’s a very mobile work force, talented people have options. They’re not going to work in a culture in which they don’t feel they’re making a difference, feel engaged and with a clear path going forward.”
Organizations, Elton believes, will also have to focus on people because “customers are increasingly driven to do business with companies that are responsible. It goes beyond the ‘Me too’ movement. Look how much Lyft has profited from Uber’s abusive, toxic culture under its former management. Uber was the darling until its culture became public, and the result is that Lyft has quickly taken away market share. It’s a company people want to do business with. An image tarnished translates into lost consumer dollars. People want to spend money with companies making a difference.”

Want to See Faster Results? You Might Need to Change the CEO 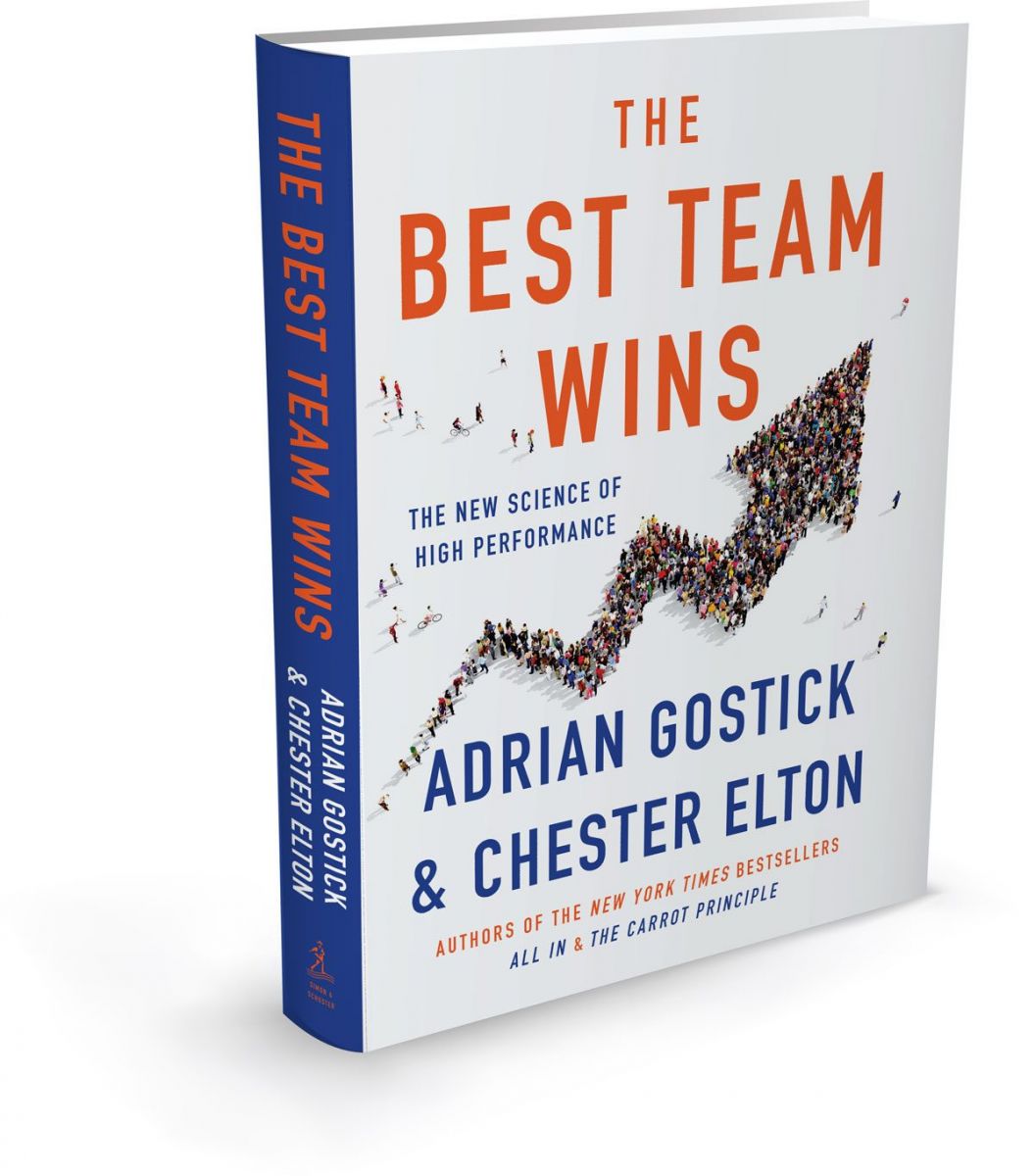 Many organizations have a long way to go, but Elton doesn’t believe it takes long once an organization’s owners or board recognize the compelling economics. “The right leadership can make a big difference in a very short time frame,” he points out. In other words, if the organization doesn’t have a CEO who understands culture, leadership and the need for a systematic approach to engagement, selecting the right replacement can yield rapid results.
“When you talk about culture, it’s not just about the annual retreat or the year-end-banquet. It’s what you do every day,” says Elton. “What I’m always struck by is that it’s often a focus the little things, and clear goals that makes the difference. Bill Manning was hired to come in to manage a Toronto professional soccer team. The team had never made the playoffs. It had changed coaches frequently. Manning kept talking about the little things. Am I having open and honest conversations with each person? Am I managing to one; making sure I know each person on my team. Those seem like little things, but if you don’t have time for that you’ll need a lot of time for recruiting.” Elton notes that Manning connected the culture to the goal—that of winning the championship—and within three years, he says, they did.

Focus on People Will Accelerate

Elton is optimistic that this new focus on people will accelerate because of the economics and the ability to achieve results relatively quickly. “I don’t think it will take several years for this to catch on now, because there are actions companies can take. One of quickest ways to change culture is to change faces. When you change the leader and select the right person, you can change the culture quickly. When you put the emphasis on having the right culture, leadership, people and process, it will speed up results.”
Asked about the addition of people processes to decades-old ISO Quality Management and other standards, he says, “You have to have a people component. Whether it was an oversight or not, their decision to focus on people reflects this new understanding.”
One of the immediate challenges faced by an organization making the shift to a strategic focus on human capital, Elton says, are silos. “You can’t have a healthy culture that is siloed, and If the CEOs don’t get culture, it’s hard to proceed because most often the biggest impediments to change are silos. If you’re a siloed organization, you face a major challenge.”
Elton believes this can only be changed by getting new management at the top if current management doesn’t get it. Breaking down silos, he says, can be started the day someone joins an organization. At one company he mentions, newcomers are introduced to others across the organization, not just those on their own team. He recalls the case of a space station commander who explained how he brought together eight people from different cultures and backgrounds confined for a multi-month mission. He attributed the success of their mission to the fact they were smart, well trained and well prepared, but also to an unwritten rule to do a “random act of kindness” for a different person each day. “What could be a better message? They didn’t pass out a plaque and give an award. I don’t want to minimize the symbolism of this stuff. I’m sure they have tokens of the mission and patches that they honor to this day.”

The Opportunity for a New Business Model for Recognition

The new focus on culture, leadership and achieving goals through a systematic approach via people, Elton believes, opens  an entirely new opportunity for the recognition industry and other solution-providers. The next-generation recognition company, he says, “will be a professional services firm to drive the culture. They will be able to say that they implemented a process and answer the questions: Did turnover go down? Did productivity go up? Did customer satisfaction go up? Or sales? How can you measure the result?”
He underlines the point: “If the culture isn’t right, the recognition doesn’t matter. If you have a toxic culture, you can’t have an effective recognition program….Recognition is a critical component when other things are in place. Recognition can be a powerful messaging system for cultures that are changing. Recognition sends the message to the entire team. It could be as simple as a new CEO recognizing people for smiling when taking over an organization with a toxic culture.”
Elton reflects on how these changes could affect the recognition business. “In all the work we’ve done, recognition was important. But when you grow up in the industry, it tends to be about the ‘stuff.’ So as a recognition expert, in the end you tell clients they need more points platforms.”
The recognition industry is all talking about culture now, he says, “but where that argument seems to fall apart is when you look at a company’s invoices. That’s what they’re going to drive to. If you look at a company and you look at their revenue streams and you see they make money out of awards, they’re not a culture company, they’re a stuff company. Within a system, stuff can be impactful. I’m sure those patches and tokens and rewards memorialize the moment. Don’t tell me, though, that more stuff is going to change my culture.”
Elton suggests that an organization can best assess what type of service a solution-provider sells, not by what it says on its website or in sales presentations, “but on how they make their money. Are they making their money on rewards, or on the performance they are helping organizations achieve? How an organization makes money says a lot about what it really does.”
The questions to ask suppliers, he says, are: “Do they have measurement, do they have training, do the managers really understand how to give appropriate recognition?” To benefit from a culture, “what we’re looking at is behavior connected to results, and that is much more complicated.”
Brand Media Resources