Print
As reported recently on ESM at EnterpriseEngagement.org (“Why Chester Elton, ‘Apostle of Appreciation’ Now Focuses on Engagement”), the well-known recognition advocate and founder of The Culture Works has made a fundamental shift to focus on engagement. Based on our recent interview, this has a profound impact on the use of rewards, supported not only by Elton’s own research but by recent Incentive Federation and Incentive Research Foundation studies published in September 2015. 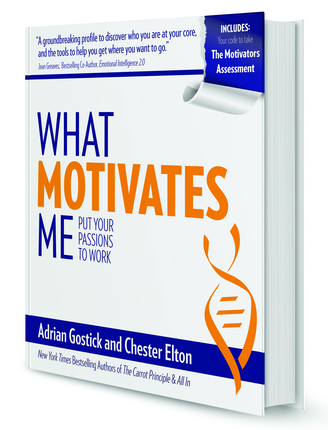 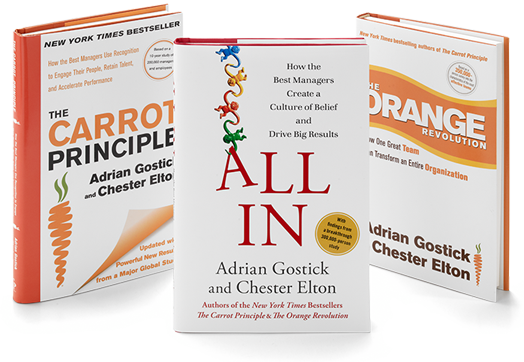 Elton is among a handful of pioneers who put the recognition field on the map. His popular books, The Carrot Principle, The Orange Revolution, All In and What Motivates Me, as well as his speaking and outreach activities, have earned him the nickname The Apostle of Appreciation, and he even has a short interview program on WCBS NewsRadio 880 in New York each Thursday at 9:30 am, ironically in conjunction with the station’s Wall Street opening bell report.
So why is Elton now focusing on engagement? In a word, research. His company has conducted and/or drawn upon extensive research by Towers Watson and others in conjunction with its books and development of methodologies for clients. What the research has revealed, Elton says, is that “Recognition is a key driver of engagement, but it’s not the only driver. CultureWorks is an engagement company. Our slogan is: Engagement Solved. We are not a recognition company. We are a training and consulting company to drive employee engagement.”
Elton’s latest book, What Motivates Me, co-authored with Adrian Gostick, draws upon a tool that Culture Works developed to understand motivational drivers. The survey tool has been administered to over 7,000 people from the U.S., Canada, Europe, Australia, Central and South America, and Asia, providing, Elton says, enough data to comprise a significant sampling of motivational drivers. The key findings are outlined in the company’s white paper, Employee Engagement Solved. These findings include:
1. Engagement is not a one-size-fits-all proposition:
2. Millennials are motivated differently than others; the biggest motivators are:
3. The survey found that the least motivating factors for Millennials are:
4. Employees who are focused on others have higher levels of engagement, to wit:
The study also found that while some motivational factors can change with age – older people generally enjoy mentoring more and get less satisfaction from recognition – most key motivators stay the same across all age groups, including impact, learning and family (the top motivators), as well as purpose, excelling and pressure (which are lower down the motivational scale).
Implications for Rewards Programs
The world has changed, says Elton: “What we used to do doesn’t work anymore. In the old school of recognition, we treat everyone the same way. The more we have studied this, the more we see that the best leaders know their people; when they engage people, it’s a one-on-one exercise. When someone hits their five-year anniversary and a company sends them a link to a catalog, the real message is ‘We don’t know you at all. Hopefully there is something in the 500 things in the catalog that will make you happy.’ When you know someone, you don’t give them  a catalog.”
Engaging people involves a lot more work and requires skills many executives and managers lack, Elton explains. “It’s about the relationship. When someone does something important for the organization, the question to ask is: ‘What can we do that is special for you and your family?’ If I understand my motivators as a leader, I will lead better. If I understand the motivators of my team, I will be even a better leader. All of the research we are doing begs the question: Are we rewarding people in a way that’s meaningful to them? Will we be able to reward people differently based on who they are? This is where it gets interesting.”
In this brave new world of engagement, anything goes, including cash. “This old notion that cash is no good comes from the people that sell stuff,” says Elton “In this new world, the art is to understand each individual and what motivates him or her, or what is special in their lives, and to not only select just the right award for that person but make sure it is meaningfully presented and communicated so that the recipient implicitly knows that you care.”
For more information on The Culture Works, contact: Lance Garvin at 801-787-4200;
lance@thecultureworks.com, or go to their website: www.TheCultureWorks.com
Brand Media Resources