It may sound like hyperbole, but Business Insider writer Steve Kovach may not be far off on his prediction that smart wearables may not soon dominate the market as once expected. “Three years ago, smart watches were supposed to be the next big thing,” wrote Kovach in a recent Business Insider article. “They were going to be the platform where the next big app or social network was built. They were going to free us from our smartphones. They were going to go from a nerdy dream to a mainstream reality. None of that happened. In fact, it was the opposite. The market for wearables has proved to be insanely volatile, claiming victims much faster than we saw with the companies that went kaput following the introduction of the iPhone.” 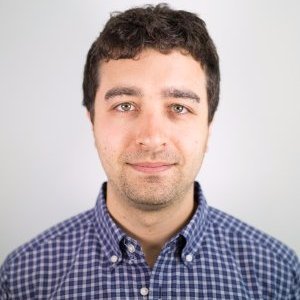 Kovach’s views are bolstered by data from International Data Corporation (IDC) on Worldwide Quarterly Wearable Devices. “While the smartwatch market took a tumble this quarter, the overall wearables market grew 3.1% year over year in the third quarter of 2016,” it reported. Total wearables shipments reached 23 million in the most recent quarter, and IDC expects basic wearables growth to continue, but says that “smart wearables capable of running third party apps will likely continue to struggle in the near term.”
According to the report, basic wearables, “primarily comprised of fitness bands, accounted for 85% of the market and experienced double-digit growth. Much of the increase was attributed to the launch of newer models, an expanding user base, and an enticing summer season that allowed people to step out of their homes.”
“It's still early days, but we’re already seeing a notable shift in the market,” says Jitesh Ubrani, Senior Research Analyst for IDC Mobile Device Trackers. “Where smart watches were once expected to take the lead, basic wearables now reign supreme. Simplicity is a driving factor and this is well reflected in the top vendor list as four out of five offer a simple, dedicated fitness device. Meanwhile, from a design perspective, many devices are focusing on fashion first while allowing the technology to blend in with the background.”

Based on post-holiday season shopping data, an article in Fortune reported: “It looks like the wearable revolution has still yet to arrive. Only 15.6% of U.S. consumers owned a smartwatch or fitness band at the end of 2016, up from 12.2% early in the year, according to surveys by market tracker Kantar Worldpanel ComTech.”
The article said that the prospect for the category remains “hazy” as well. Among people who don’t already own a smart wearable, just 8% plan to buy one in 2017, Kantar reported. “For those who replied that they were not interested, 46% cited excessive cost, and 33% a lack of useful functionality.” The article also noted that the latest data confirms earlier reports that wearables have not caught on in the same was as smart phones and tablets did in the past, and that even Apple has changed its approach by focusing on more basic health and fitness features.
The recent 2017 IRF Trends Survey did sound one positive note for the category as it pertains to their use at motivational events. The report asked: “Are your meeting app notifications compatible with Apple Watch? Do presenters advance their presentation with gesture-controlled wearable armbands? Does your event offer ways throughout its duration to get points on all the various fitness trackers and health monitors? If not, they will very soon. Whether integrated into incentive travel experiences, offered as high-end room gifts, or included in reward catalogs, wearable technologies are, by far, one of the hottest trends of 2017.”.
Article Sponsor
Bulova
Reward your best, with Bulova's best
Adrienne Forrest
VP, Corporate Sales
350 5th Ave 29th Floor
New York, NY 10118
Office: 212-497-1920