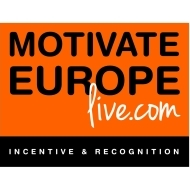 Earlier this year, RRN reported on Motivation Live in London, which attracted leading exhibitors in rewards, recognition and technology, and a solid speaker program representing experts in all areas of engagement, but it was unable to generate much actual attendee turnout. It was recently reported in the British meetings media that the show has entered into liquidation. Click here for details. Having been asked to speak at the event, I recall the organizer telling me about 2,500 people were expected. Based on the difficulty involved with attracting that many corporate practitioners to an event about motivation or incentives in the U.S., that seemed lofty, but I thought the U.K. might be different. What this demonstrates is a hard truth the rewards and recognition industry has to face:  corporate practitioners are not keen on attending events focused solely on rewards and often are uncomfortable when they do. One corporate engagement manager who attended the Rewards & Recognition Expo in April told me she felt uncomfortable with being called a “buyer” and with the focus on rewards when her focus, she said, is on the entire program.